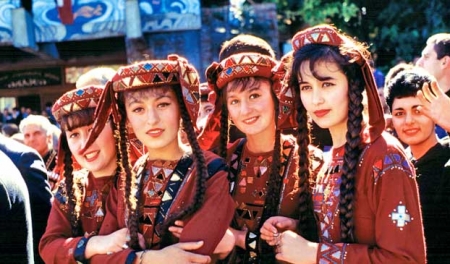 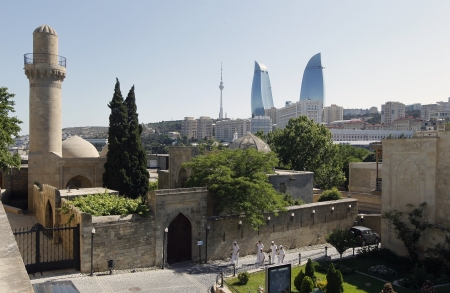 Nestled against the Caucasus Mountains, Georgia, Armenia and Azerbaijan are emerging as must-go destinations, long standing bridges between Europe and Asia.  Fabulous cuisine, rugged mountain peaks, lush valleys, studding seaside locations, old town medieval streets and glass skyscrapers inspire travelers in this enchanting mix of cultures and traditions. Home to UNESCO World Heritage sites and legends of history and religion, explore this cornerstone of early civilization on your journey to a region spanning continents, culture and history – travel to the Caucasus! 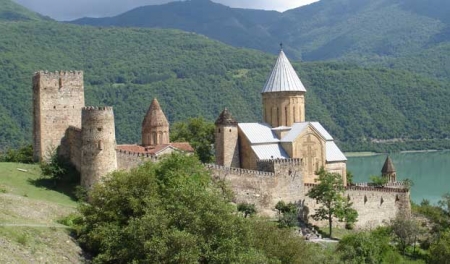 This 8-day journey to Georgia, an extraordinary cultural heritage destination, uncovers 8,000 years of wine-making and culinary traditions. Nestled between Russia and Turkey in the Caucasus, along the alluring Black Sea coast, Georgia is home to five wine regions, including internationally renowned Kakheti (the largest) and Kartli. Visitors will taste wines of local wineries and monasteries, enjoy meals at the homes of local families, visit UNESCO World Heritage Sites, and experience the beautiful landscape and sights of Tbilisi, Sighnaghi, Telavi, Mtskheta, Gori, Kutaisi, and Batumi.

Begin in Georgia’s capital, Tbilisi. During a walking tour of the old city, guests discover the religious and secular architecture that line its narrow streets: churches, synagogues, and mosques and Tbilisi's famous 19th century houses with their multi-colored wooden balconies. Relaxation awaits at the sulfur baths, popular with visitors like Pushkin, Lermontov, and Dumas.

The following day guests will visit a local master qvevri maker. These pointed bottom clay jars are used to store wine underground.  Afterwards, there's a visit to the wine cellar of the Alaverdi Cathedral. The ancient cellar there was frequently destroyed by Muslim invaders and rendered inactive during Soviet times when the monastery was deserted. Today, however, the cellar is as lively as it ever was! Lunch will be prepared at the home of a local family, followed by a tour and tasting in the town of Kvareli.

On day five, guests will explore the 6th century Jvari Church, a UNESCO World Heritage Site overlooking Mtskheta, the ancient capital and religious heart of Georgia. Continuing on to the cave town of Uplistsikhe, wines from the Kartli region are on the menu, then an overnight in Kutaisi, one of the oldest settlements in Europe and capital of the Kingdom of Colchis. Kutaisi is also the destination of the legendary hero Jason and the Argonauts in their quest for the golden fleece and the Gelati Monastery here adds another fantastic UNESCO site to our list.

Finally, guests will make their way to the beautiful coast of the Black Sea and the Gonio fortress, also connected with the myth of Jason and the Argonauts, and enjoy their free time to exploring the city of Batumi. En route to Tbilisi for their last overnight before departure, guests will learn more about West Georgian wines and visit the Stalin Museum and a final UNESCO World Heritage Site in Mtskheta: the 11th c. Svetitskhoveli Cathedral. Here is where Christ's robe is said to be buried, and at over a millennium old, still one of the most beautiful churches of Georgia.