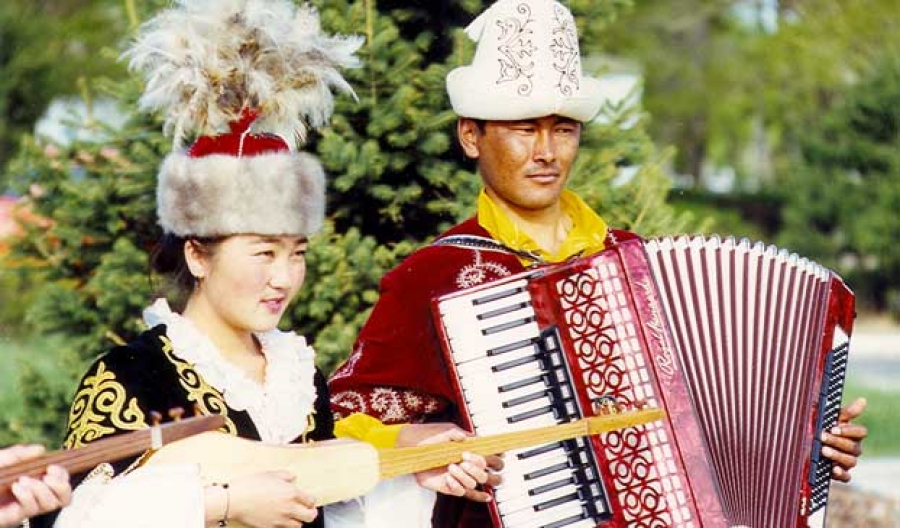 For over 3,000 years Central Asia has been a cultural and commercial crossroads of the world, luring travelers, traders, scholars and conquerors, and now modern tourists!  Bordered by the vast Russian steppe to the north, the fairy tale beauty of the Caspian Sea to the west, soaring mountains and wilderness to the south, and forbidding deserts and snow-capped peaks to the east, the countries of Central Asia are the ultimate travel destinations for those seeking the trip of a lifetime on a road less traveled. Former Soviet Republics, independent, Uzbekistan, Kazakhstan, Kyrgyzstan, Tajikistan and Turkmenistan are the new frontiers on travel itineraries. Create magical memories in legendary Bukhara, Tashkent, Samarkand, Merv, Ashgabat and Khiva; the fabled cities of Marco Polo, Tamerlane and Alexander the Great. The region is a mix of the ancient world and modern flair with a dash of Soviet era thrown in. The cuisine in Central Asia is local, fresh and flavorful and bread is hot out of the tandur oven at every meal!  This is home to the warmest people in the world, and we can take you there.

The journey begins in the Uzbekistan capital of Tashkent, rightly called the “Star of the Orient” for its central location along the ancient Silk Road routes. Tashkent wows travelers with its mix of Islamic, Soviet and modern architecture.  Medressahs, the ancient schools of Muslim theology, flourish alongside bustling bazaars, glass fronted business centers, modern monumental parks and the tombs of kings, scholars and mystics.

Our tour then crosses into Tajikistan, offering a peek into one of the less visited parts of the world. Most of the country is mountainous, the Pamirs and Alays home to some of the highest peaks in the world and famous for alpine lakes and enormous glaciers, while the ruins of Panjakent offer testimony to the ancient civilizations  that populated this region.

Back across the border in Uzbekistan, Samarkand fiercely guards its reputation as “The Rome of the East”. It was a magnificent city so advanced in classical learning and architectural display that it rendered Alexander the Great speechless. From the 15th c. Bibi-Khanym mosque built by Tamerlane for his wife to the glittering blue dome of the Gur-Emir Mausoleum and the singular beauty of Registan Square, the hub of city life, Samarkand continues to impress today's visitors.

Bukhara blends the modern and traditional, with the city growing up around its historic core. Centered on the Lyabi Haus, a complex of buildings and shady mulberry trees surrounding a pond, it delights travelers with hearty plov dishes, folk dance, music and costume performances, and a rich cultural, scientific and commercial Silk Road heritage. Thousands of ancient scholars and theologians once called Bukhara home, The city’s landmark Kaylan Minaret even inspired Genghis Khan and his invading hordes to leave it standing.

Our excursion then proceeds to Turkmenistan, renown for its intricately woven, bold red carpets, where travelers can explore the mausoleum of Sultan Sanjar in the ancient province of Mary, and Ashgabat’s own Blue Mosque and stunning white marble monuments. After an exploration of the Achaemenid archaeological treasures of Konya Urgench, we return to Uzbekistan.

The desert oasis of Khiva is a fairy-tale city of the Silk Road. Claimed to have been founded by Shem, the son of Biblical Noah, Khiva remains one of the best-preserved and restored towns of the Silk Road, enchanting visitors with its warm adobe brick walls and majolica inlaid buildings like the Khan’s Tash-Hauli Palace and Harem, and the distinctive 200 carved wooden pillars in the Juma Mosque, itself an oasis of shady calm.

Smooth border crossings are the hallmark of Silk Road Treasure Tours and we travel on to Kazakhstan, the largest country in Central Asia and home to some of the most spectacular alpine landscapes and vast, windswept steppes. In the capital city of Almaty, travelers will visit the National Museum of Folk Musical Instruments as well as the historic Zenkov Russian Orthodox Cathedral with its cheerful yellow façade, built in 1907 without nails to be earthquake proof.

Our trail will end in Bishkek, the capital city of Kyrgyzstan. Once a mere caravan stop on the Silk Road, the city is today a blend of Soviet, Asian and European influences. Its enticing mile-long Dordoy Bazaar is one of the greatest marketplaces in Central Asia. The Tien Shan mountains cover 80% of Kyrgyzstan earning it the moniker of "Switzerland of Central Asia" and they tower over Bishkek. Nomadic yurts still dot the rural landscapes and the warm alpine lake of Issyk-Kul is one of the largest and deepest of its kind in the world. Our final destination evokes a lasting impression of our cultural immersion in Central Asia’s rich heritage.

Sightseeing morning drive to Uzbekistan-Tajikistan border "Oybek". After border formalities drive to Khodjent,one of the most ancient cities of Tajikistan. Sightseeing tour: Visit Temurmalik fortress, The museum of Archeology and History and ancient Silk Road Bazaar. Return to Tashkent. Dinner

Breakfast. Visit Hebrew Prophet Daniel's Tomb, which is next to a pleasant ancient water stream. It contains a burial chamber around 18 meters long, Jewish Quarter, and synagogue, located in the old section of Samarkand. Samarkand bazaar. Continue sightseeing tour at the Shahi Zinda Ensemble, an ancient necropolis (IX,XIV,XIX c.), and the Bibi Khanum Complex (the complex was build in honor of the wife of Amur Temur in the fourteenth century). Afternoon drive to Bukhara through Malikchul desert and Zerafshan river (300km). Stop in ancient Karavan Serai Gate (XI century). Arrival in Bukhara. Accommodation. Walk to the ancient part of Bukhara.

Drive to Farab (Turkmenistan). After customs and border formalities, continue sightseeing day drive to Mary through the Kara Kum desert. Explore Merv, the oldest well-preserved heritage city. Known in the past as Margiana, it belonged to the Achaemenian Empire in the VI th century BC, until the invasion by Alexander the Great. Explore the Mausoleum of Sultan Sanjar and Gyz-Gala fortress. Accommodation.

Sightseeing tour of the Blue Mosque and Independence Park. Drive to Nissa and explore the ancient ruins of the Parthian capital. Discover the unique fortresses, citadel, temples, and tombs (III Century BC). Discover the oriental Bazaar of Ashgabad. Dinner.

Flight from Ashgabat to Dashoguz. Arrival. Transfer to Kunya-Urgench, one of the most ancient cities of Central Asia. After this city's almost complete annihilation by Genghis Khan more than 800 years ago, the city was rebuilt and grew into an important trading center. Travel to the border crossing point of the city between Turkmenistan and Uzbekistan. Drive to the hotel in Khiva. Dinner with panoramic view of Khiva in moonlight

Discover the Kyrgyz Capital. Visit Oak Park, Ala-Too Square, Philharmonic, Statue of Manas, Victory Square. Visit the Central Museum, the Panfilov park and the bazaar. Early afternoon drive to Issyk Kul Lake, stopping at Burana tower (XI c.) in ancient Balasagun City. Visit the Burana tower of the Kharakhanids along with castles and mausoleums. The tower enables visitors to climb to the top. Arrival in Issyk Kul, one of the largest and deepest alpine lakes in the world. Issyk-Kul means "warm lake" and is a popular destination in the Ala-Tau mountains that form the northern arm of the Tien Shan range. Accommodation.

Enjoy the beaches and lake tour in Issyk kul in the morning. Sightseeing drive back to Bishkek. Farewell Dinner.