Endless steppe, sky and vast desert horizons bordered by remote, pristine mountain ranges have lured outdoor adventurers to Mongolia for centuries. The land of Chinggis and Kublai Khan, the Mongolian Empire once extended as far east as Korea, south to Vietnam, and west to Hungary. Formerly inaccessible to the outside world, travelers are discovering the gifts that this amazing country of rosy-cheeked smiles has to offer: unparalleled star gazing, horseback and camel riding, fossil hunting, and overnights in traditional gers. Ulaan Baatar offers museums, monasteries and monuments. Once outside the city,  there are green mountains and blue lakes, and safaris across the Gobi Desert. Discover the beauty of Mongolia for yourself! 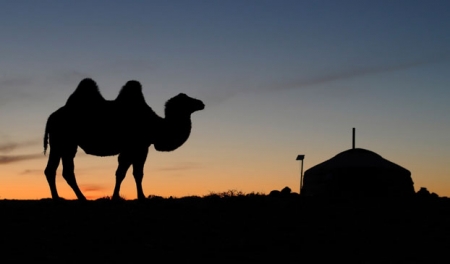