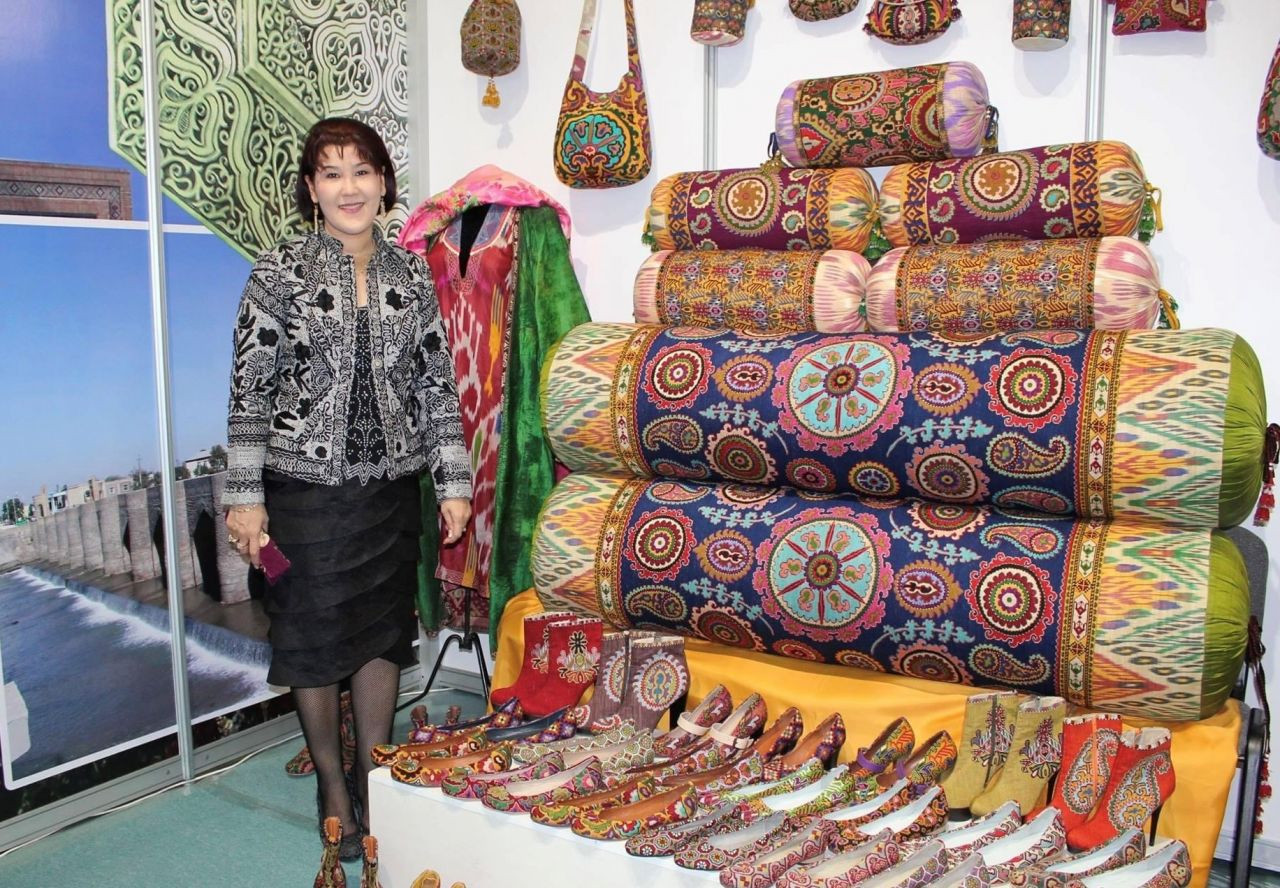 I have just returned from one of my favorite cities of Central Asia, Tashkent, the capital of Uzbekistan where I have given a tour to my travelers who fell in love with this old and new city. I want to recommend you visit sites and do activities in this incredible Silk Road city for the exceptional experience.

In 2009 Uzbekistan celebrated the 2200th anniversary of its capital city Tashkent. Yes, over 2000 years! This "city of stone" carries a long and colorful history ( "Tash" is "stone" in Turkic, though the area name was originally "Chach"). Hills under the current city reveal remains of ancient settlements and at least 5 different cities. Artifacts found in excavation sites attest to the great age of the city including remnants of Zoroastrian temples, fortress walls and Chach coins.

The Minguryuk-tepe hill (Thousand Apricot Trees) near the North railway station is believed to be the oldest section of Tashkent, dating back to the 1st or 2nd century BC.

Tashkent has been known as the mover and shaker of Uzbekistan... 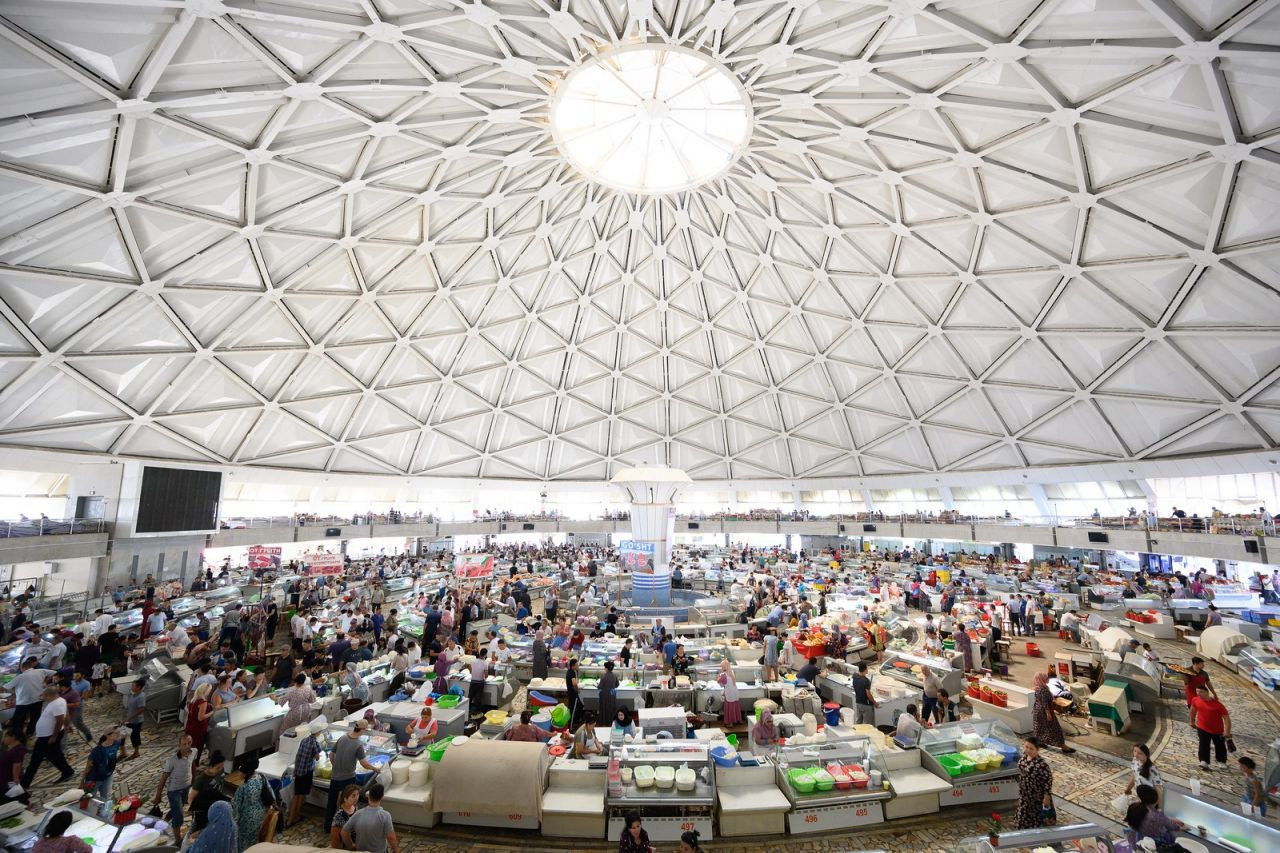 From the end of the 19th century to the beginning of the 20th, Tashkent had two faces, and told two stories: old and new. The labyrinths of mudbrick walled lanes and gems of Islamic architecture made up the old town of this ancient Silk Road center. With the advent of European and Soviet influences, the new town offered a modern contrast, In 1918, the city became the capital of the Turkestan Autonomous Soviet Socialist Republic.

Tashkent however, sits on a seismically active location. In 1966, it was the epicenter of a massive earthquake that all but erased the old city. Tashkent was reconstructed as a model city after that, with wide boulevards, parks and squares, monuments and fountains. Architects and planners from around the Soviet Union came to offer their expertise, often blending Central Asian themes into new construction. The Chorsu bazaar features a dome-like structure, and the Hotel Uzbekistan has a curved, lattice-like facade over the large, rectangular building.

By the time of the collapse of the USSR, Tashkent had become the 4th largest city in the Soviet Union, a center of industry and learning. After independence in 1991, Tashkent continued its modern trajectory bringing Uzbekistan into predominance in Central Asian development.

A river ran through it. 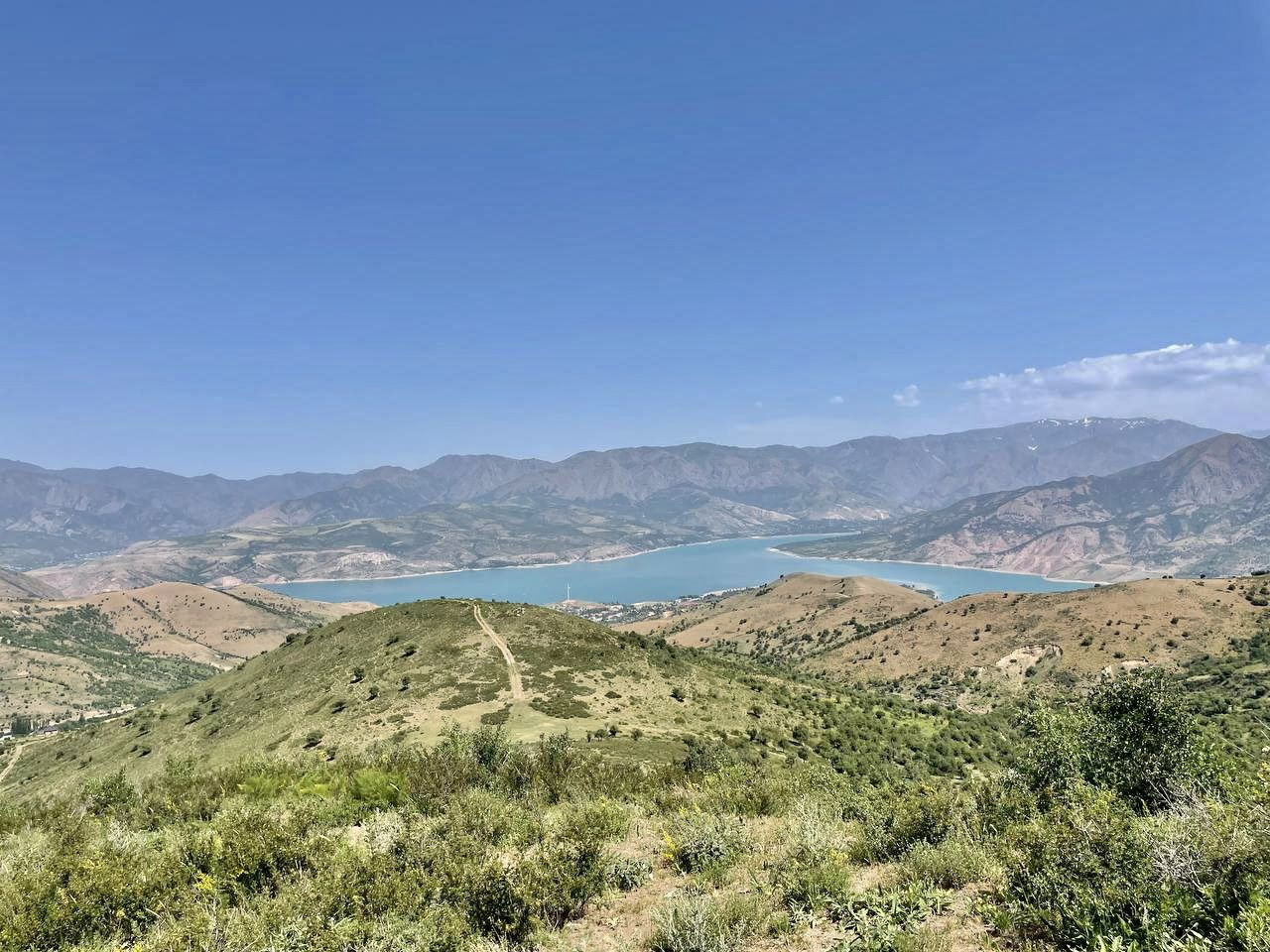 Tashkent was an oasis on the banks of the Chirchik River for thousands of years. The Chirchik flows from the Chimgan Mountains into the great Central Asian Syrdarya River and continues to feed the canals that flow through Tashkent. New tourism projects include kayak rentals or motorized gondola tours along the Ankhor canal! . 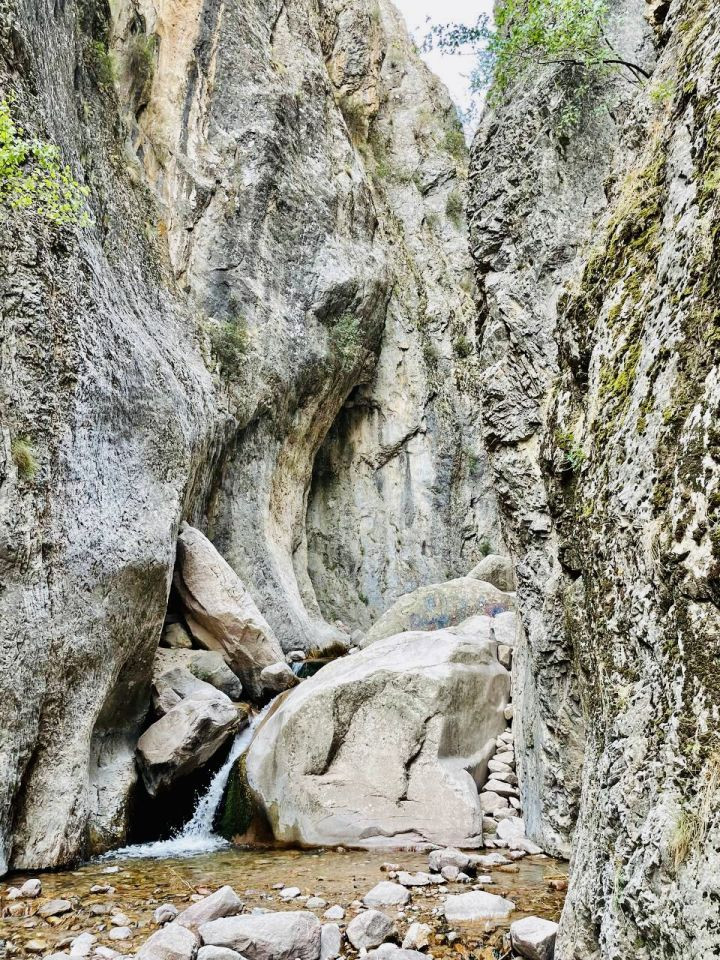 Tashkent sits at the foot of the Chatkal Ridge of the Western Tien Shan or Celestial Mountains. Part of the extensive Himalayans, the Tien Shan Range is one of the most impressive in Central Asia. At over a million square kilometres, it's fair to say it makes its mark on the geography here! Visible on clear days and easily accessible from Tashkent, Mount Chimgan offers alpine meadows and glaciers in summer and powder snow skiing in winter. Take the old blue Soviet chairlift up the hill with the locals for stunning views all year round.

Stare at the walls - the art of the Tashkent Metro 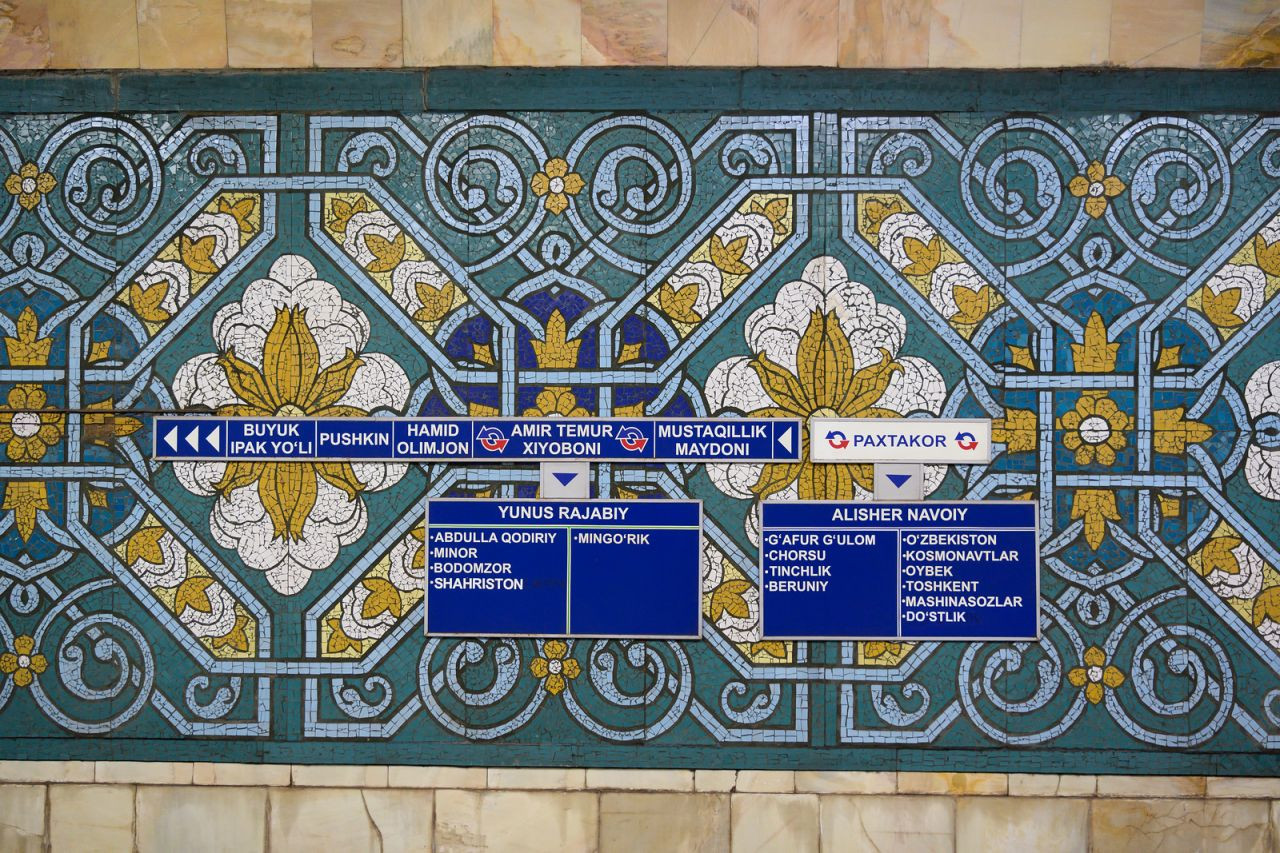 Up until a 2018, you were not allowed to photograph this amazing subterranean art exhibit. The Metro doubled as a nuclear bomb shelter and was considered militarily sensitive. Now there are sightseeing tours that take you on a short ride to some of the most impressive stations. Traditional mosaics, ceramic relief sculpture, dazzling chandeliers, and mosque-style ceilings create a museum-like ambiance in the stations. Several stations were "de-communized" after Independence, the names changing for example, from October Revolution Square to Amir Temur Square.

The Tashkent Metropolitan was opened in 1977, modeled after the Moscow subway, and a gift from the Soviet Union. The first line included 9 stations, now there are 23 stations on 3 different lines. It's the easiest way to get around the city, and though some of the trains are fabulous old Soviet models, the system is squeaky clean and efficient. It's also the cheapest ride you'll ever take - at 1400 UZ SOM, that works out to about 15 cents!

Everywhere you go in Tashkent, you will see references to these two fine gents. Uzbekistan as a nation didn't really exist until the Soviets created it, and they needed a common theme to unite the diverse mix of ethnic groups that found themselves part of this new country. Enter the warrior Amir Temur (also known as Tamerlane in the West) and the poet, artist and builder Alisher Navoi.

Amir Temur was a medieval conqueror whose successful Timurid empire encompassed modern Uzbekistan from the late 1300's till 1505. His image is ubiquitous, his face commanding your attention or poised on horseback in a park where Marx and Stalin once scowled down at the populace. He even has his own unique museum in Tashkent!

Alisher Navoi was best known as a poet, linguist and builder. 2021 marked his 580th anniversary. Tashkent streets, the opera and ballet theatre, the national library, a metro station, and a massive central city park are named for him. His statue presides regally over the park under a classic blue dome, surrounded by white columns.

The oldest Quran in the world? 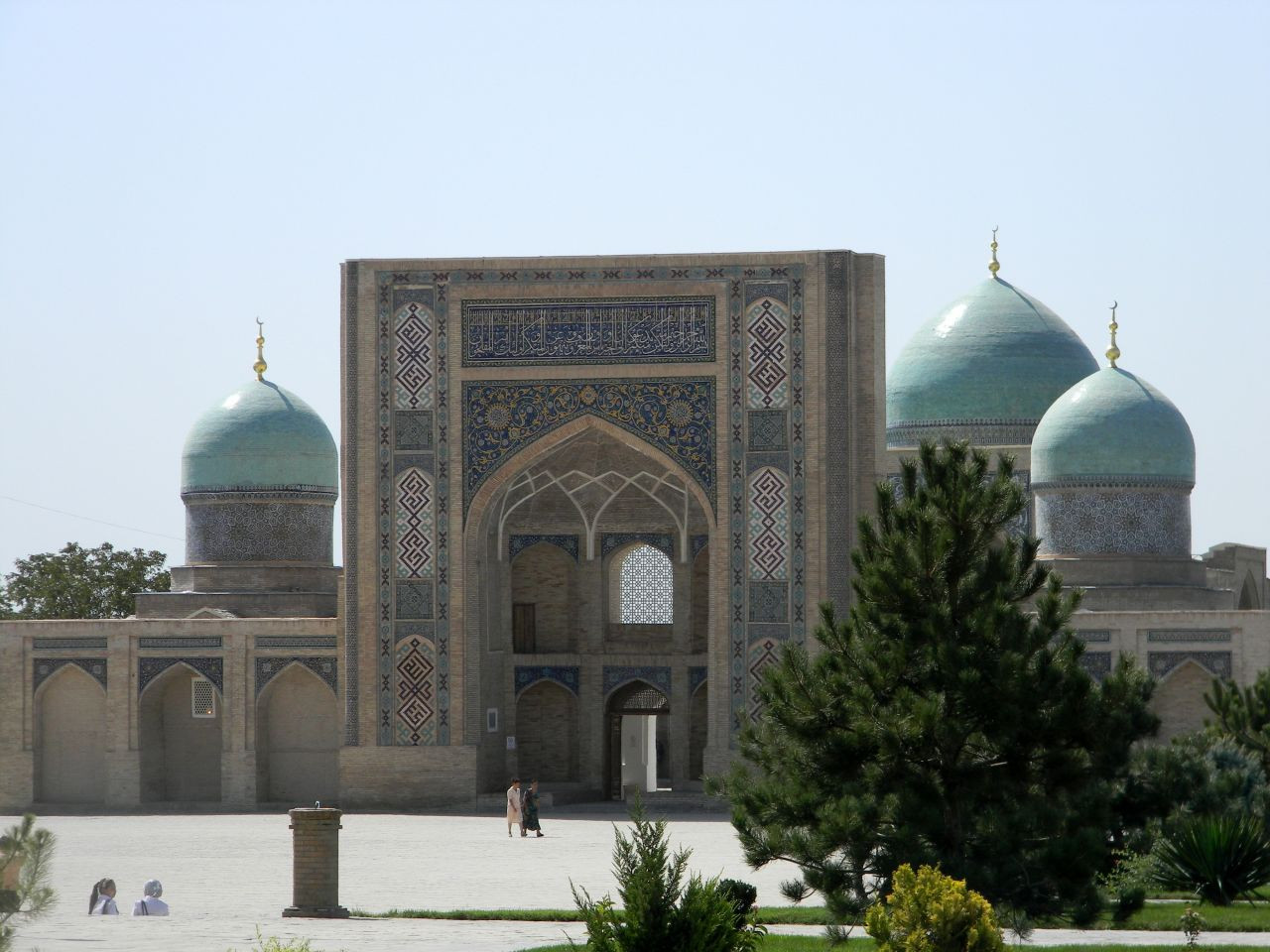 Originally thought to be written shortly after the death of Mohammed, recent researchers believe it was more likely produced between the 8th and 9th centuries. Written on 353 large parchment pages, the Samarkand Kufic Quran is amongst a handful that has survived for over a millennia. How it got to Samarkand is still a mystery, but it remained there for four centuries until 1869 when it was bought by a Russian general, sent to St Petersburg, and then returned by Moscow in 1924. You'll find what remains of the ancient manuscript in the Hast Imam library, but only by reserving ahead. The Muyi Moborak Madrasah which houses the library is believed to contain a hair from the Prophet Mohammed in its walls. The Hast Imam complex itself is a treasure trove of old Tashkent. Covering 10 hectares (about 28 acres), it includes mosques and madrassas that date from the 16th-19th century.

This peaceful, historic neighborhood, part of what remains of the old city, makes you feel as if you've been transported back to the 19th century.

Tashkent has seen a lot of tourists over the years… 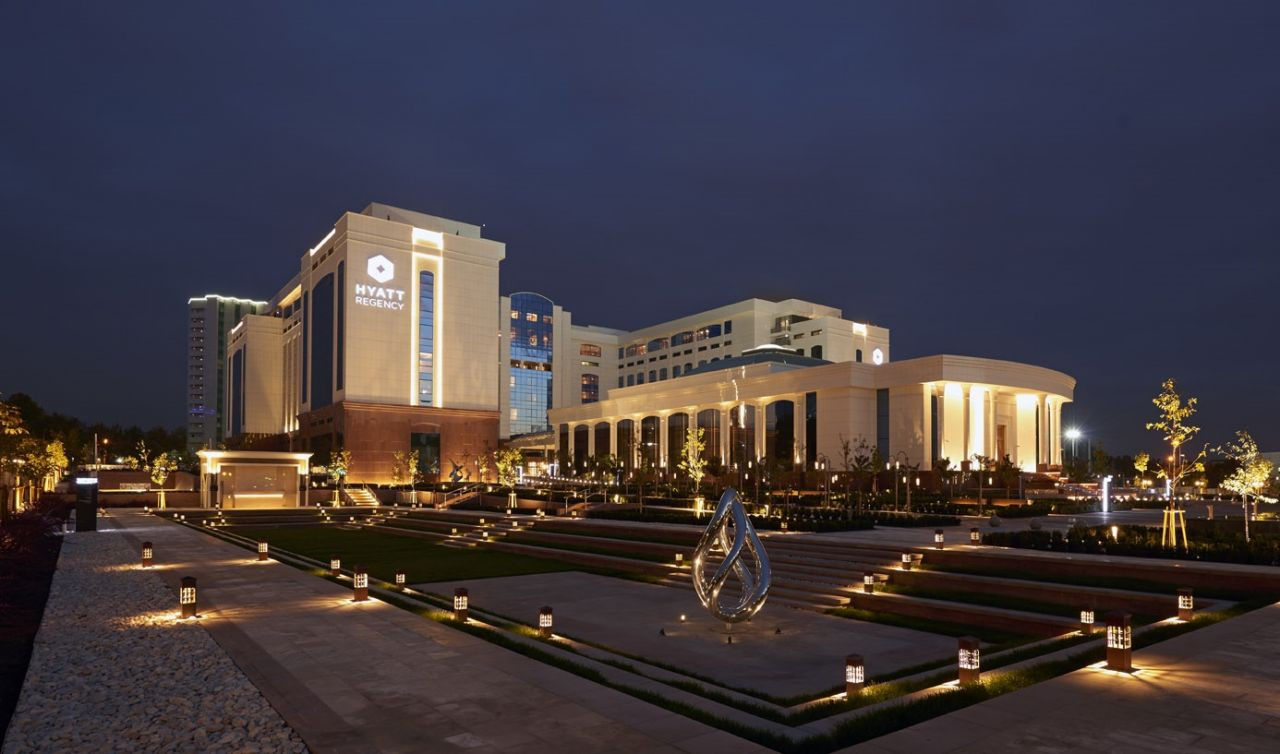 Tashkent has been a vital location for every conquering nation making its way through the region. All the big guns came through Uzbekistan, from Alexander the Great and Amir Temur to Ghengis Khan, Marco Polo and the Russian General Chernyayev. Until the Arab invasion in 674, this area fell under the rule of a variety of different ancient empires. In 713 the Arabs beat the Chinese, also vying for control of Tashkent. The Arab Caliphate expanded the state, forcibly converting the residents, and spreading Persian culture, but issuing in an age of learning and trade.

The Mongols came charging across the steppe in the 1220's, razing cities and massacring the locals. All local rulers had to be descendants of Ghengis Khan. Then, around 1370, Amir Temur was declared supreme ruler and took control of all the Silk Road Route cities in his growing empire which stretched from the Aral Sea to the Arabian Sea and from the Ganges to the Black Sea. With the Silk Road came traders, travellers and even more tourists who came to visit, work and live, bringing ideas, goods and of course, food.

By 1499, Uzbek invaders had begun carving up the empire, creating three Khanates a hundred years later. Typical feudal states, they warred with surrounding countries like Iran and bickered amongst themselves, while their power over the Silk Road overland routes was lost to European-controlled ocean trade. By the time the Russians invaded in the 1860's there was little left to oppose them and in 1865 Tashkent surrendered to General Chernyayev after two days of fighting.

Stalin and the Soviets imported large groups of workers and exiled many more from around the USSR to cities like Tashkent; including Europeans, Koreans, Chechens, and Crimean Tatars. Tashkent was given the nickname "the city of friendship of nations". Restaurants in the political and economic hub of Tashkent offer international menus and fabulous dining! Join a chef to shop the markets and learn to make your own Silk Road banquet. 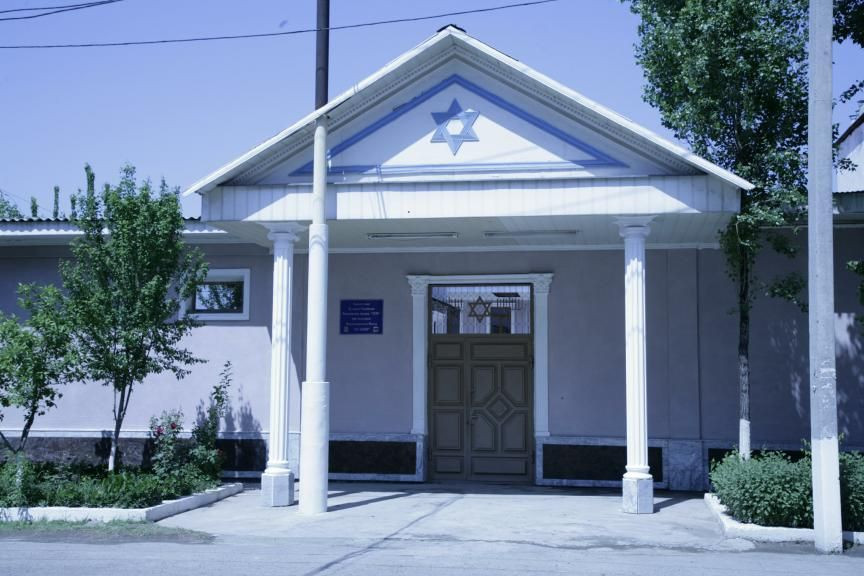 During the great migrations of people during WWII, over 200 000 Jews arrived in Tashkent. They came from western regions of the former Soviet Union that were occupied by German troops. Three synagogues still exist in Tashkent, though without regular services, as congregations have dwindled. After independence, many Jews here sought other lives in places like Israel or the US. Fascinating history and family heritage continue to bring visitors to the traditional Jewish neighborhoods of Tashkent. 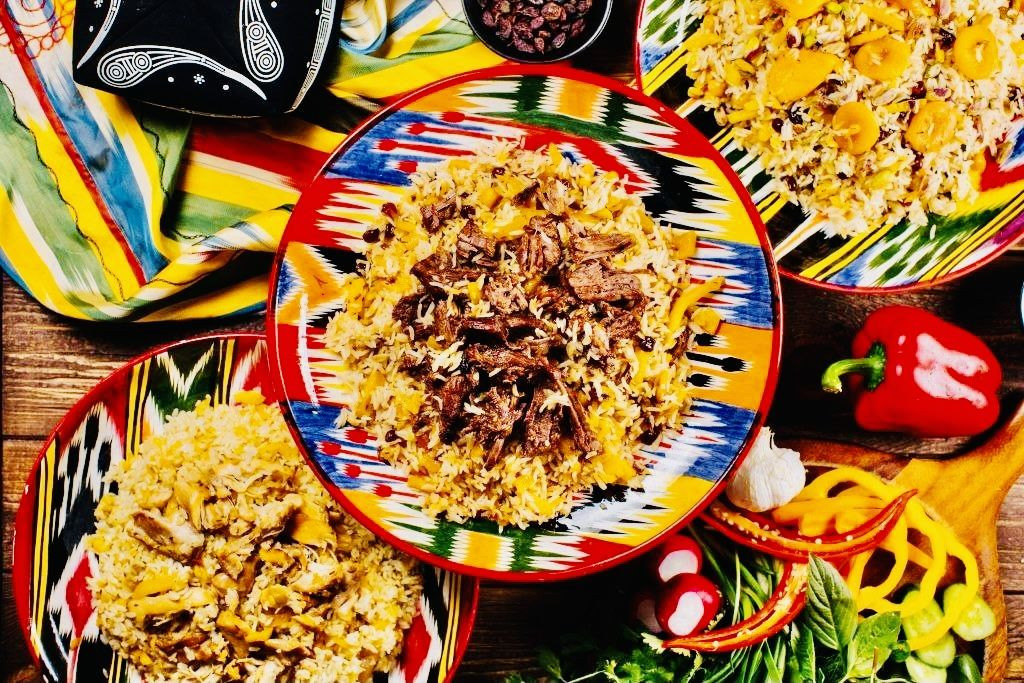 When it comes to delicious, savory dishes in Tashkent, plov wins hands down. A version of pilaf, lamb, onions, carrots, rice and seasonings simmer together in a huge covered pan (kazan) over an open flame, while burly oshpaz chefs with large paddles turn the mixture over gently, creating this flavor sensation. A national obsession throughout Uzbekistan, every region has a slightly different take on plov. Any self-respecting restaurant has it on the menu, families make it on special days, and the Tashkent Plov Center caters to everyone's preferences. After all, plov represents hospitality - the Uzbek way.

Join our 2022 Silk Road tours to Uzbekistan, Central Asia and visit the sites of spectacular Tashkent

Covid-Aware” Travel to Central Asia and the Caucas...
Travel to Uzbekistan in 2021 with purpose! - Conn... 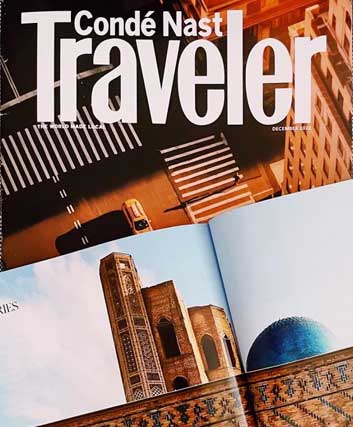